You are here: Home / Our Team

Administrator – Philip Critcher
Philip received his Bachelor of Science in Business Administration from Grace College in 1985. He completed his nursing home Core of Knowledge and internship in Cleveland, Ohio in 1990. He was licensed as a Nursing Home Administrator in 1990. For the past 15 years, he has been the Administrator of Crestline Rehabilitation and Nursing Center.

Medical Director – Dr. Vijeth Sringeri
Dr. Sringeri is an internist, specializing in Cardiology, in Mansfield, Ohio. He is affiliated with Ohio Health Med Central Hospital. He received his medical degree from Mysore Medical College in India and has been in practice for more than 20 years in the Mansfield area. He has been the Medical Director for our facility for 14 years.

Director of Nursing – Jace Wolford
Jace attended Mt. Vernon Nazarene University and graduated with a Bachelor of Science in Nursing in 2015. He came to our facility as the former Director of Nursing of a 72-bed skilled nursing facility. He has experience as a floor nurse and a restorative nurse. He worked as an STNA for 7 years starting in high school and through his college years.

Director of Rehabilitation – Carey Holbrook
Carey is a physical therapy assistant and the Director of Therapy. She has worked at Crestline Rehabilitation and Nursing Center for 12 years. She has been PTA since 1999. Carey began her journey many years ago as a 16-year old nursing assistant that enjoyed working with the geriatric population. Carey would assist the therapists as they treated their residents, and that is how she decided to become a PTA. Carey says, “I really love our small home feel and the family environment we promote.” 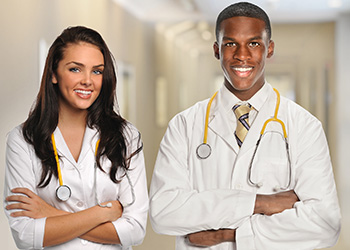